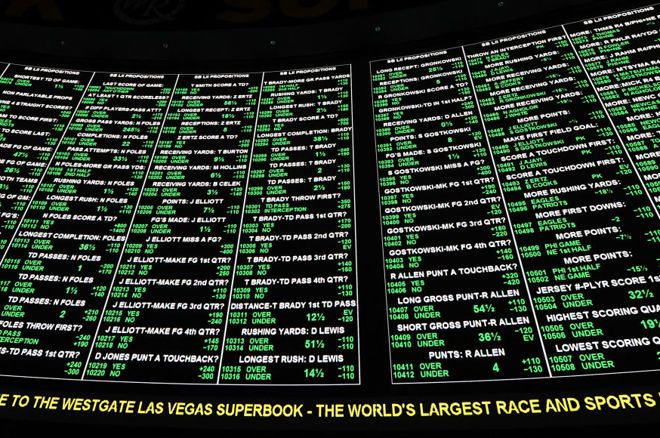 It was a big weekend for young quarterbacks, as a few players stepped in and helped their teams through tough times early on. Daniel Jones started for the Giants, and mounted an impressive comeback against the Tampa Bay Buccaneers to earn an improbable 32-31 win in his rookie debut. Kyle Allen also got his team into the winner’s column for the first time, as he shredded the Arizona Cardinals. Lastly, Gardner Minshew gave Jacksonville their first win last Thursday, as the Jaguars handled the Titans to improve to 1-2.

Minshew is now up to +1,000 to win Rookie of the Year, but the significant movement is from Daniel Jones, who is now favorite to win the award at +225, with Cardinals QB Kyler Murray just behind at +300.

We Told You So On the Bills

Looking back at last week, we were indeed ahead of the curve on the Bills. We advised to take the Bills at +110 to make the playoffs, and we hope you got that bet in, as they are now good sized favorites to get in at -205. That number will likely take a small hit though this week, as they host the Patriots in a battle for first place in the AFC East.

Who Can Challenge Mahomes for MVP?

Moving on to the overall MVP odds, there are a couple of players who are currently standing out for us. Patrick Mahomes is the heavy favorite at +155, and for good reason. Barring an injury or some shocking delayed sophomore slump, Mahomes will likely win the award again and will be due for a truly historic contract extension next summer. However, if one of the two above circumstances were to happen, then there would be great value in either Dak Prescott at +1600 or Jared Goff at +2500. Both players helm great offenses on teams that are 3-0, so things could lineup well for these two current long shots.

There are two futures bets worth keeping an eye on, and it is for two teams in the same division who couldn’t be going in more opposite directions.

The New England Patriots are currently +1200 to go 16-0, while the Miami Dolphins are just +400 to go 0-16. The Patriots have their biggest test of the young season so far at Buffalo on Sunday, but if they can get through that, these odds will be shrinking by the week.

Looking at the rest of their schedule, their next big test comes in Week 9 when they travel to Baltimore. Following that, they have a bye before games against the Eagles and Cowboys. Of course, the most stringent test on the schedule will be the AFC Championship rematch on December 8th, but fortunately for the Pats, that game will be at home.

Focusing now on the Dolphins, and it’s hard to find a spot where they would even be close to favorites given how they have looked so far this year. Josh Rosen came in to start Week 3 and showed some much needed positive signs on offense. Their best chance for a win might come in Week 5 when they host the Washington Redskins, who were just dominated at home on Monday Night Football by the Bears. If they aren’t able to come up with a win there, they won’t have another good chance until the end of October when they travel to Pittsburgh to take on the currently winless Steelers. They'll host the Jets the following week, though Sam Darnold will be back under center by then. If you want to make this bet on the Dolphins, do it before they play the Redskins in two weeks. If they lose that game, their odds will likely plummet to nearly even.

Be sure to come back next week for more market move analysis, and let us know some of your favorite picks in the comments!

All odds correct and available at oddschecker.com/us at the time of publishing. Odds and offers available in New Jersey only. 21+

Get Two Bonuses and 150 Free Spins at PlayAmo Casino