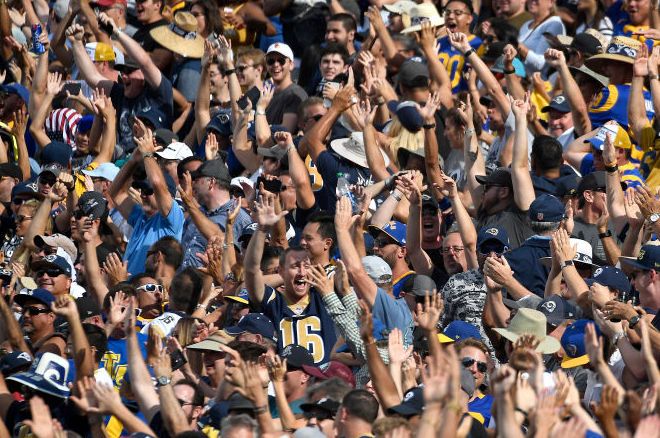 It’s not every Sunday that two first-ballot Hall of Fame Quarterbacks get injured, drastically altering their team’s Super Bowl plans, but that happened this past weekend. Drew Brees is out for six weeks after requiring thumb surgery, meaning he should be back in Week 10 when the Saints host their rival Atlanta Falcons. It’s not as optimistic a result for Ben Roethlisterber and the Steelers, as he will be out for the season after suffering an elbow injury. Let’s look a bit deeper at the Steelers first.

After the slow starts from both the Steelers and the Browns, the Ravens are now favorites to win the division at -125.

Combine the 0-2 start with the loss of Big Ben, and it’s no wonder that the Steelers fell from +3000 to +20,000 to win the Super Bowl. That places them with some of the longest odds in the league, and with Mason Rudolph now at the helm, we don’t think there will be many people lining up to fire this bet.

Perhaps the happiest people after this news were those who managed to get the Baltimore Ravens at +350 to win the AFC North in the offseason. After the slow starts from both the Steelers and the Browns, the Ravens are now favorites to win the division at -125.

How The Injury to Brees Affects the NFC South

It’s not as bad news for the New Orleans Saints, though they’re likely to drop their next two games at Seattle and at home to the Dallas Cowboys. That means the Saints could be an enticing price to win the division after Week 4 if they do indeed fall to 1-3.

The Saints are still the favorites to win right now at -155, so now is not the time to be buying on them.

The Saints are still the favorites to win right now at -155, so now is not the time to be buying on them. Instead, the Falcons at +240 look better if you believe that the Saints won’t be able to recover from this six-week stretch. There’s a good chance these numbers are flipped after Week 4 though, so if instead you still like the Saints, hold on for a bit.

Bet on the Bills to….Make the Playoffs?

Elsewhere in the futures markets, we like a play that we would never have thought about two weeks ago when the season started: The Buffalo Bills to make the playoffs at +110.

Buffalo has won two games on the road to start the season, and they have two games left against Miami as well. The Bills should win this week against Cincinnati, so this will likely be the last time you get this price as an underdog. This Bills defense looks just as good as they did last year, and Josh Allen and this offense seemed to have taken a few steps in the right direction. Most importantly, there aren’t a ton of teams we are worried about contesting for the wild card. The AFC South is in shambles, and the Chargers and Browns have both been inconsistent through two games, so the Bills look like the best bet right now for a wild card spot. Snatch it up while you can.

Looking ahead to this week of NFL action, we have a bit of history on our hands, as two teams are favored by at least three touchdowns.

Conventional wisdom would be to bet the significant underdog, but in both of these cases, we actually prefer the big favorites.

The Cowboys are -21.5 favorites at home against the Miami Dolphins, while the New England Patriots are -23 favorites against Luke Falk and the New York Jets. Conventional wisdom would be to bet the significant underdog, but in both of these cases, we actually prefer the big favorites. The Patriots just easily covered in a similar spot on the road against Miami, and the Cowboys look like one of the most complete teams in football, matched up against one of the worst teams we’ve seen in decades. We advise swallowing the chalk in these matchups if you want a sweat.

It’s also interesting to look at how the QB changes have affected the lines this week. The Saints are now +4.5 underdogs at Seattle, while the Steelers are more significant underdogs, +6.5, on Sunday Night at San Francisco. Bridgewater will likely struggle in Seattle, so we like the Seahawks there, but we are leaning the other way right now with the Steelers. Rudolph has been in the Steelers system for a few years now, and even though they are at home, this is still a lot of points to ask Jimmy Garoppolo to cover. If this spread creeps up to +7, the Steelers will look even more appealing.

How do you think the Steelers and Saints will bounce back this week after losing their Quarterbacks? Let us know in the comments!

All odds correct and available at oddschecker.com/us at time of publishing 09/18/2019. Odds and offers available in New Jersey only. 21+

Virtual Tennis Open: The Game Every Tennis Fan will Love

The New PlayAmo High Roller Bonus is Worth up to €2,000