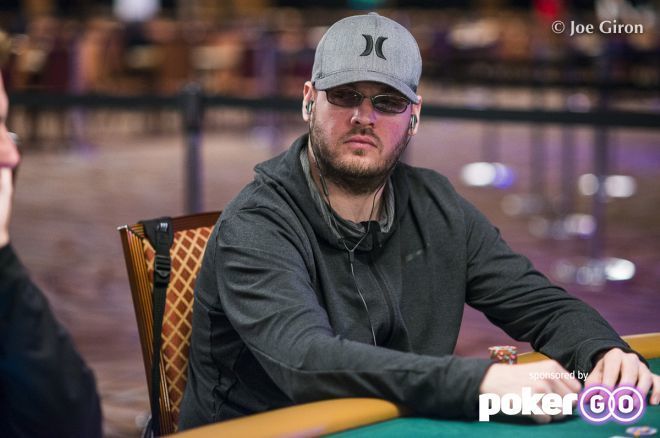 Shawn "bucky21" Buchanan has come out on top of Event #76 $800 WSOP.com ONLINE No-Limit Hold'em 6-Handed, winning his first World Series of Poker gold bracelet and a whopping first-place prize of $223,119. After a little over 11 hours, Buchanan bested an online field of 1,560 players, and came out on top after beating two-time WSOP bracelet champion David "Bakes" Baker (playing as "Youngpitts") heads up.

Buchanan came into the final table as the chip leader and continued to eliminate opponents throughout. He wasted no time when he eliminated Jeremy "gimmiehaveit" Brown in 6th place when he put the pressure on pre-flop and they got all the chips in the middle. Buchanan was dominated with king-three against Brown's ace-king but spiked a three on the river to send Brown out of the tournament.

It wasn't even 10 minutes later when Buchanan was at it again, this time against Luigi Andrea "BananaSplit" Shehadeh. All the chips had gone in the middle before the flop. On the turn, Shehadeh had two pairs, but Buchanan made a flush on the river to send Shehadeh to the virtual payout desk in fifth place.

The tournament was very fast-paced as Alexandre "Apalexpex" Moreira was next to be eliminated in fourth place. Moreira had moved all-in from the small blind and ran into eventual runner-up David "Youngpitts" Baker's pocket queens in the big blind. Moreira couldn't improve enough to beat Baker even after flopping a pair of tens.

It was only about fifteen minutes later that Baker eliminated Hunter "ibinkustink" Gebron in third place after winning a flip. Baker had two overcards to Gebron's pocket pair and hit one of them right in the window. Gebron couldn't catch his set to stay in tournament leaving just Baker and Buchanan to fight for first place.

Heads up was quite a battle with many pots going back and forth, Baker flopped quads and doubled to get the stacks even but eventually got beaten back down in chips by Buchanan. The final hand saw Buchanan four-bet jam with pocket jacks. Baker called with ace-ten but couldn't catch his overcard.

The Canadian professional from British Columbia, Shawn Buchanan has an amazing record with a whopping $6,915,790 in total live earnings with $2,704,724 of those coming from the World Series of Poker alone. After three runner-up finishes, Buchanan finally closed it our and won his first WSOP bracelet victory. Doing so, he denied Baker a third piece of jewelry in a high-quality contest that brought a fitting end to a great tournament.

Won the 800 6 max @wsop Bracelet event! Played hu against the beast @DMBakes ! Feels great after a rough summer, be… https://t.co/KamkdlEiJI

Check out the full reporting of this event in the PokerNews WSOP Live Reporting section. Want to watch final tables live? Sign up for PokerGO!

Your 50 Wager-Free Spins and Chance to Win a Vacation