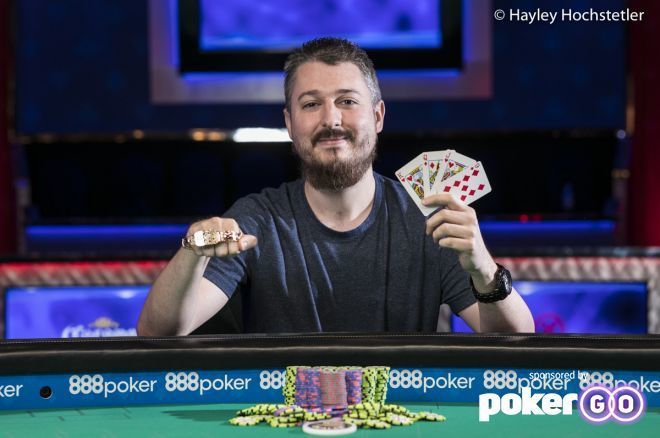 An extra day was needed to finish the huge Event #25: $600 Pot-Limit Omaha Deepstack. The brand new event at the 2019 World Series of Poker attracted 2,577 entries and created a prize pool of $1,352,925 with a first-place prize of $205,605. Andrew Donabedian took home the grand prize and his first WSOP gold bracelet by beating Todd Dreyer heads-up who had to settle for $126,948.

When asked about the bracelet he just won Donabedian said: ''I play a lot of the circuits and I have a lot of seconds and thirds. Been saving the win for the bracelet I guess. It's pretty awesome.''

Donabedian mostly plays Omaha tournaments at the circuit events and he was surprised by the turnout in this event.

''PLO seems to be getting a lot more popular every year, I think it's great! It's a lot more fun than hold'em.''

The day started with twelve players left in the tournament. The player at the top of the leaderboard was Corey Wright, who ended Day 1 of the tournament as chip leader as well as Day 2. He had a great start of the day but the same can not be said about Cheli Lin. Lin busted in the first level of the day and had to settle for 12th place and $13,212. Others that started Day 3 but didn't make the final table include Eric Sain (11th - $13,212) and Michael Bartov (10th - $13,212).

The final table started with a lot of players doubling up their stacks. It took a little over two levels for the first player to be eliminated and that was Austria's Florian Fuchs. He started the final table second in chips but was eliminated in eighth for $22,006.

Todd Dreyer had an opportunity to end the tournament by eliminating both Donabedian and Robert Valden in one hand but he folded on a queen-high two-club flop with a club-flush draw. Donabedian would end up winning the hand with what turned out to be a smaller flush and Valden busted a couple of hands later in third for $92,672.

The heads-up was pulled in Donabedian's favor within a couple of minutes. The pots were kept small but Dreyer's stack kept dwindling down until he got his chips in the middle with a worse draw to an already made straight by Donabedian. The runout didn't change anything and Donabedian took down the tournament. He won the first-place prize of $205,605 and the WSOP gold bracelet. Dreyer had to settle for second and $126,948.

This concludes the coverage for this event but stick around as the PokerNews live reporting team will be here all summer to bring you all the action from Sin City. You can also watch the live-streamed final table action all summer long at PokerGO.

Interactive Map:?Where to Play the Best Slots in Vegas